A confidential nondisclosure agreement with an Approved By Legal stamp. 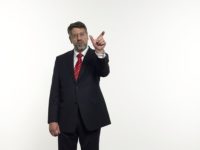 When we wish to engage with others in relation to our innovations, naturally, we are keen to protect our ideas and have confidence our interests are not betrayed, either accidentally or deliberately by the other party.

There are generally two ways we can try to do this. The first is by some sort of IP Registration such as Patents, in the case of tangibles, or perhaps a Trademark or Design Registration. Interestingly, copyright can be claimed by the simple insertion of this symbol © (Ctrl-Alt C) at the end of your text with the date and ideally the name of the creator. To validate the date, one simple way is to send yourself a Registered Letter with the written work inside and leave it unopened until there is a need to prove the date claimed.

The alternative way to try and protect your interests is with a Non-Disclosure Agreement. In the past, we have found these to be somewhat problematic. Indeed apart from attempts at restraint of trade or restrictions of trade secrets in the case of departing employees, we have found most NDA’s to be next to useless and almost impossible to enforce.

In general all NDA’s have a clause that in effect voids the agreement if the information disclosed:

The problem with this clause is that, apart from entirely new IP, of which there is little, most inventions are usually a combination of already known components. On this basis, an argument can be made, though perhaps somewhat tenuous, that the disclosed information was already in the Public Domain.

In order to overcome the possibility of an argument that a disclosure was valid as the information was already available, we have added a vital new clause. This clause is simple and straight to the point and makes it a strict betrayal of confidence if any disclosure is made by the receiving party.

The clause: The recipient may be aware that some or all of the technology(s) required to implement the innovation/invention disclosed herein may already be in the public domain, however, in signing this document the Recipient agrees not to disclose or discuss with another party in any manner the innovation/invention that is the subject of this agreement.

Clearly, the outcome of the addition of this one simple clause means that any disclosure by the recipient is a betrayal of confidence, there can be no argument. To this end, we suggest you adopt this or a similar clause in your NDA.

How to draft a contract people actually want to sign